Some of the children in Dragon class with medals and certificates from a recent sports event.

Some of our children took part in this year's Strictly Salsa event, performing dances such as; Salsa, Disco and Foxtrott. They practiced for many weeks leading up to event, trying different styles of dance and great effort to perfect their dance moves ready for the big event. The children showed fantastic confidence when dancing in front of over 200 people.

Everyone associated with Springwell School was very proud with their performance and their immaculate behaviour and how they proved themselves to be great ambassadors for the school. 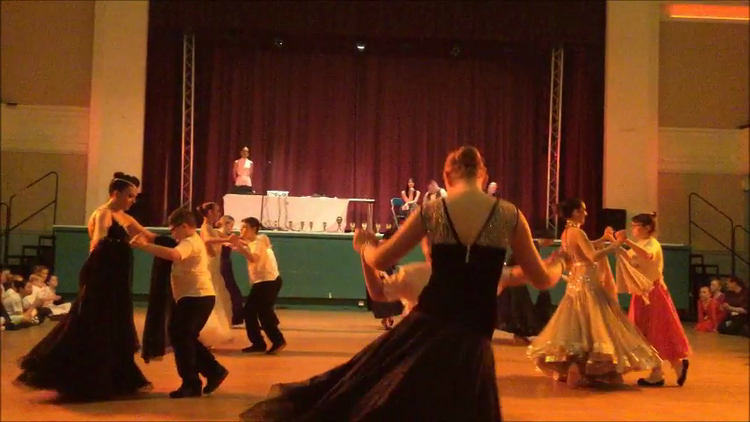 Matt Wylie cemented his position on the British team in 2016 after becoming Paralympic, European and British Champion in his favoured event, the 50m Freestyle, all in the same season.

Earlier in the year Wylie topped the podium at his second European Championships and claimed his first continental title also in the Men's S9 50m Freestyle.

Wylie is an emerging talent on the British Para-Swimming team, new to the podium programme for 2015 following a key performances in 2014 that raised his profile.

The City of Sunderland based swimmer who trains alongside fellow team member Josef Craig holds four British records in the S9 classification including the 50m and 100m Freestyle.

In 2014 he was part of the British contingent that competed at the IPC European Championships in Eindhoven. Wylie secured himself two final berths in the S9 400m Freestyle and 50m Freestyle, finishing fourth and eighth respectively.

Josef Craig MBE broke into the scene by breaking the world record in the 400m Freestyle and winning the gold medal at his first Paralympic Games in London and has continued to be a strong figure on the British Para-Swimming Team since.

Despite a reclassification from S7 to S8, Craig made an instant impact at his debut European Championships in Eindhoven 2014, coming away with a haul of three bronze medals in the S8 100m, 400m Freestyle and the 34pt 4x100m Freestyle relay.

There was strong and continued improvement in 2013, Craig won the MC 100m and 400m Freestyle titles at both the British Para-Swimming International Meet and British Championships. He then went on to repeat the feat at the World Champs in Montreal, winning gold in S7 both events and a further silver S7 50m Freestyle.

In 2012, at just the age of 15 years old Josef Craig smashed the World in both the heat and final of the S7 400m Freestyle and in the process became Great Britain's youngest gold medallist at London 2012; an achievement which led to him being named BBC Young Sports Personality of the Year for 2012.

Both Josef and Matt agreed that being involved as a range of sports and having access to sport is paramount, however having fun, learning something and the love for sport is extremely important and has proven very successful for them.

They also explained how important game play and competition is in sport.

Unfortunately not the ones with chocolate chips.

Some cookies are necessary in order to make this website function correctly. These are set by default and whilst you can block or delete them by changing your browser settings, some functionality such as being able to log in to the website will not work if you do this. The necessary cookies set on this website are as follows:

Cookies that are not necessary to make the website work, but which enable additional functionality, can also be set. By default these cookies are disabled, but you can choose to enable them below: